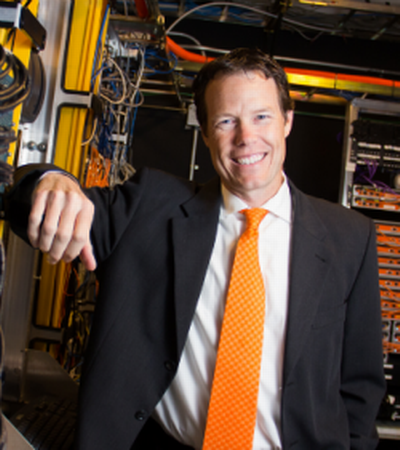 Since Schlough's arrival in 1999, the Giants have been recognized as one of the most innovative teams in sports, playing a pioneering role in the world of HD video, mobile content, ticketing, and payment systems. Wireless connectivity has been a primary focus since 2004 when AT&T Park became the first sports facility to provide free Wi-Fi to all fans. Schlough's IT team has also implemented numerous proprietary analytic tools that helped secure three World Series titles so far this decade.

An Olympic enthusiast, Schlough is a board member of the Bay Area Sports Organizing Committee (BASOC) and served on the committees for San Francisco's bids to host 2012, 2016 and 2024 Olympic Games. His event experience includes assignments at the 1994 World Cup along with Olympics in Atlanta, Salt Lake, and Torino, Italy. Previously, he worked as a consultant with Booz-Allen & Hamilton and Electronic Data Systems. More recently, Schlough served as Interim President of the Giants' Class A San Jose affiliate and was appointed to the team's board as chairman in 2012.

In addition to his Giants and Olympic activities, Schlough supports Bay Area causes with a focus on education and athletics, serving for over a decade as a board member of Junior Achievement of Northern California. He is also an avid supporter and leading fundraiser for the Giants Community Fund.

Schlough was inducted into CIO.com's CIO Hall of Fame last summer, was named Trace3's 2016 CIO Outlier of the Year and InformationWeek's 2012 IT Chief of the Year, and is a member of Sports Business Journal's 2010 "Forty Under 40" class of promising young executives in the sports industry. A San Francisco native and Ironman triathlete, Schlough holds a Mechanical Engineering degree from Duke University and an MBA from the Wharton School.

Select a button below to see how you or your organization can get involved with Junior Achievement of Northern California.

We use cookies to provide you a personalized experience. How we do this is by analyzing user behavior on our site and sharing data with our advertising and analytics partners. You consent to our cookie policy if you continue to use this website.