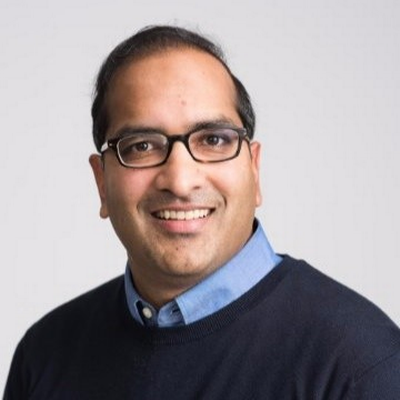 Sanjay Kacholiya is a seasoned tech executive with over 20 years of experience across numerous functional areas including Corporate/Business Development, Strategy, and Finance. His career spans both consumer and enterprise environments within larger public and privately held companies as well.

In his current role, Sanjay drives global growth strategy for Citrix. In this capacity, he oversees and leads all corporate development activity, integration, strategic investments, and partnerships.

Prior to his role at Citrix, Sanjay was at GE Digital, the software and analytics division of GE. Sanjay led several activities including M&A, JV's, partnerships, and other strategic initiatives across all of GE Digital’s operating regions worldwide. Before his time at GE Digital, Sanjay led M&A, BD, and platform partnerships for Eventbrite (IPO: EB). He has also led acquisitions and strategy for Synopsys, a leading provider of technical design and security software.

Sanjay’s affiliation with Junior Achievement dates back to his high school days where he was actively involved in the company program and won numerous awards and scholarships. JA was a driving force in his decision to pursue a business degree for his undergraduate studies. Previously, Sanjay served on the advisory boards for JA San Mateo County and Silicon Valley.

Select a button below to see how you or your organization can get involved with Junior Achievement of Northern California.

We use cookies to provide you a personalized experience. How we do this is by analyzing user behavior on our site and sharing data with our advertising and analytics partners. You consent to our cookie policy if you continue to use this website.